Electroplating is the process of plating a thin layer of other metals or alloys on some metal surfaces by electrolysis. It is a process of attaching a metal film to the surface of metal or other materials by electrolysis to prevent metal oxidation ( Such as rust), improve wear resistance, electrical conductivity, light reflectivity, corrosion resistance (copper sulfate, etc.) and enhance the appearance of beauty. The outer layers of many coins are also electroplated.

During electroplating, a plated metal or other insoluble material is used as an anode, and a workpiece to be plated is used as a cathode, and a cation of the plated metal is reduced on the surface of the workpiece to be plated to form a plating layer. In order to eliminate the interference of other cations and make the plating layer uniform and firm, it is necessary to use a solution containing a plating metal cation as a plating solution to keep the concentration of the metal cation of the plating layer unchanged. The purpose of electroplating is to plate a metal coating on the substrate to alter the surface properties or dimensions of the substrate. Electroplating enhances the corrosion resistance of metals (the corrosion-resistant metal is mostly used for plating metals), increases hardness, prevents wear, improves electrical conductivity, smoothness, heat resistance and surface aesthetics. 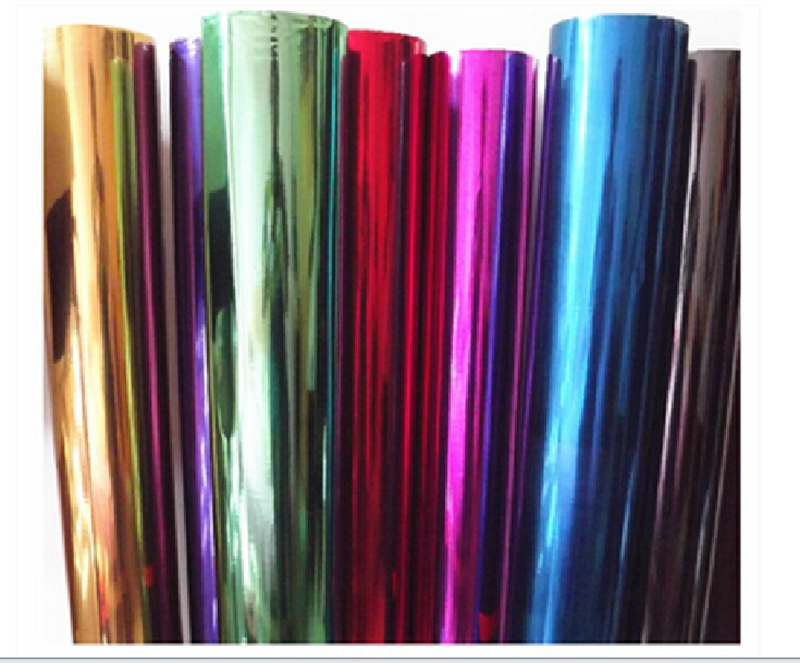 A technique of depositing a good metal coating with different properties and matrix material on a mechanical article by means of an electrolytic cell principle. The electroplated layer is more uniform than the hot dip layer and is generally thin, ranging from a few microns to tens of microns. Through electroplating, it is possible to obtain decorative protective and various functional surface layers on mechanical products, as well as to repair worn and machined workpieces.

In addition, there are different roles depending on various plating needs. Examples are as follows:

1. Copper plating: used as a primer to improve the adhesion of the plating layer and the ability to resist corrosion. (Copper is easily oxidized. After oxidation, patina is no longer conductive, so copper-plated products must be protected by copper.)

2. Nickel plating: base or appearance, improve corrosion resistance and wear resistance, (where chemical nickel is more resistant to chrome in modern processes). (Note that many electronic products, such as DIN heads and N heads, no longer use nickel as the base, mainly because nickel is magnetic, which affects the passive intermodulation in electrical performance)

3. Gold plating: Improve the conductive contact resistance and improve signal transmission. (Gold is the most stable and expensive.)

5. Tin-plated lead: Improves the welding ability and is quickly replaced by other substitutes (because lead is mostly changed to bright tin and matte tin).

6. Silver plating: Improve the conductive contact resistance and improve signal transmission. (Silver has the best performance, is easy to oxidize, and is also conductive after oxidation)

Electroplating is a method of laying a layer of metal on a conductor using the principle of electrolysis.

In addition to electrical conductors, electroplating can also be used on specially treated plastics.

The process of electroplating is basically as follows:

Plating metal at the anode

The substance to be plated is at the cathode.

The anode and cathode are connected by an electrolyte solution composed of plated metal positive ions.

After passing through the DC power supply, the metal of the anode will oxidize (loss electrons), and the positive ions in the solution will be reduced (obtained electrons) at the cathode to form atoms and accumulate on the surface of the cathode.

The appearance of the plated object after electroplating is related to the magnitude of the current. The smaller the current, the more beautiful the object to be plated; otherwise, the uneven shape will appear.

The main uses of electroplating include preventing metal oxidation (such as rust) and decorating. The outer layers of many coins are also electroplated.

Sewage from electroplating (such as electrolytes that are ineffective) is an important source of water pollution. Electroplating processes have been widely used in semiconductor and microelectronic component leadframe processes. 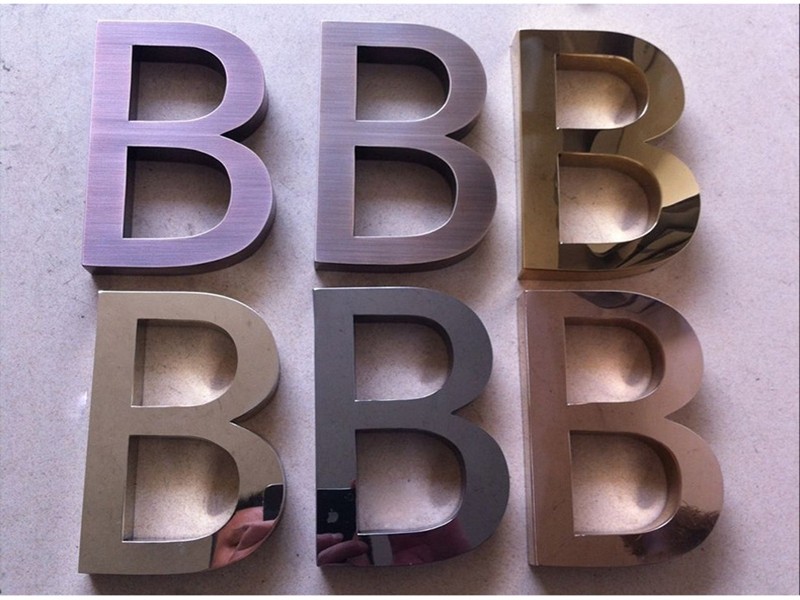 The coating is mostly a single metal or alloy, such as titanium palladium, zinc, cadmium, gold or brass, bronze, etc.; also has a dispersion layer, such as nickel-silicon carbide, nickel-fluorinated graphite, etc.; and a laminate layer, such as steel Copper-nickel-chromium layer, silver-indium layer on steel, and the like. In addition to iron-based cast iron, steel and stainless steel, electroplated base materials are non-ferrous metals, or ABS plastics, polypropylene, polysulfone and phenolic plastics, but must be specially activated and sensitized prior to plating.

Electroplating requires a low-voltage, high-current power supply that supplies power to the plating bath and an electrolysis device consisting of a plating solution, a part to be plated (cathode), and an anode. The composition of the plating solution varies depending on the plating layer, but both contain a main salt providing a metal ion, a complexing agent capable of complexing a metal ion in the main salt to form a complex, a buffer for stabilizing the pH of the solution, an anode activator and Special additives (such as brighteners, grain refiners, levelers, wetting agents, stress relieving agents, and anti-fogging agents). The electroplating process is a process in which metal ions in the plating solution are reduced to metal atoms by electrode reaction under the action of an external electric field, and metal deposition is performed on the cathode. Therefore, this is a metal electrodeposition process including steps of liquid phase mass transfer, electrochemical reaction, and electrocrystallization.

In the plating tank containing the plating solution, the parts to be plated which have been cleaned and specially pretreated are used as the cathode, and the anode is made of the plated metal, and the two poles are respectively connected with the positive electrode and the negative electrode of the direct current power source. The plating solution is composed of an aqueous solution containing a plating metal compound, a conductive salt, a buffer, a pH adjuster, and an additive. After energization, the metal ions in the plating solution move to the cathode under the action of a potential difference to form a plating layer. The metal of the anode forms metal ions into the plating solution to maintain the concentration of the plated metal ions. In some cases, such as chrome plating, it is an insoluble anode made of lead, lead-bismuth alloy, which only acts to transmit electrons and conduct current. The concentration of chromium ions in the electrolyte is maintained by periodically adding a chromium compound to the plating solution. During plating, the quality of the anode material, the composition of the plating solution, the temperature, the current density, the energization time, the stirring strength, the precipitated impurities, the power supply waveform, etc. all affect the quality of the coating and need to be controlled at the right time.

First, the plating solution has six elements: a main salt, an additional salt, a complexing agent, a buffer, an anodic activator, and an additive.

Electrochemical reaction in the electroplating reaction: The following figure is a schematic diagram of the electroplating apparatus. The plated part is a cathode, connected to the negative electrode of the DC power source, the metal anode is coupled with the positive electrode of the DC power source, and the anode and the cathode are both immersed in the plating solution. When a certain potential is applied between the anode and the cathode, the following reaction occurs at the cathode: the metal ions Mn+ diffused from the inside of the plating solution to the interface between the electrode and the plating solution obtain n electrons from the cathode, and are reduced to the metal M. On the other hand, at the anode, a reaction completely opposite to that of the cathode occurs, that is, dissolution of the metal M occurs at the anode interface, and n electrons are generated to generate metal ions Mn+.

Since the electrochemical reaction speed on the cathode is smaller than the speed at which the external power source supplies electrons, the polarization of the electrode potential is shifted in the negative direction.

The electroplating process is a process in which metal ions in the plating solution are reduced to metal atoms by electrode reaction and metal deposition is performed on the cathode under the action of an external electric field.

The electroplating principle is simply that in the salt solution containing the metal to be plated, the plated metal is used as a cathode, and the cation to be plated in the plating solution is deposited on the surface of the base metal by electrolysis to form a plating layer.

1. Cathode: The object to be plated refers to various connector terminals.

2. Anode: If it is a soluble anode, it is intended to be metallized. In the case of insoluble anodes, most of them are precious metals (platinum, ruthenium oxide).

4. Electroplating tank: It can withstand and store the tank of electroplating syrup. Generally consider the factors of strength, corrosion resistance and temperature resistance. 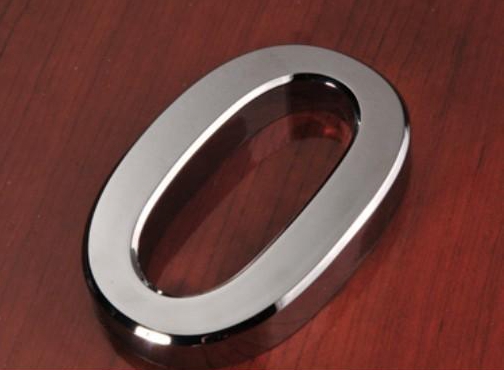 According to the composition of the coating, it can be divided into three types: single metal plating, alloy plating and composite plating.

If classified by purpose, it can be divided into:

Single metal plating has been in existence for more than 170 years, and 33 metals have been electrodeposited from aqueous solutions on the periodic table. Commonly used are electroplated zinc, nickel, chromium, copper, tin, iron, cobalt, cadmium, lead, gold, silver and other more than 10 kinds. A plating layer formed by simultaneously depositing two or more elements on the cathode is an alloy plating layer. The alloy coating has the structure and properties not possessed by a single metal plating, such as an amorphous Ni-P alloy, each of the Sn alloys not present on the phase diagram, and has a special decorative appearance, particularly high corrosion resistance and excellent weldability. , magnetic alloy plating, etc.

Classified by purpose can be divided into:

1. protective coating: such as Zn, Ni, Cd, Sn and Cd-Sn coating, as an anti-corrosion coating resistant to atmospheric and various corrosive environments;