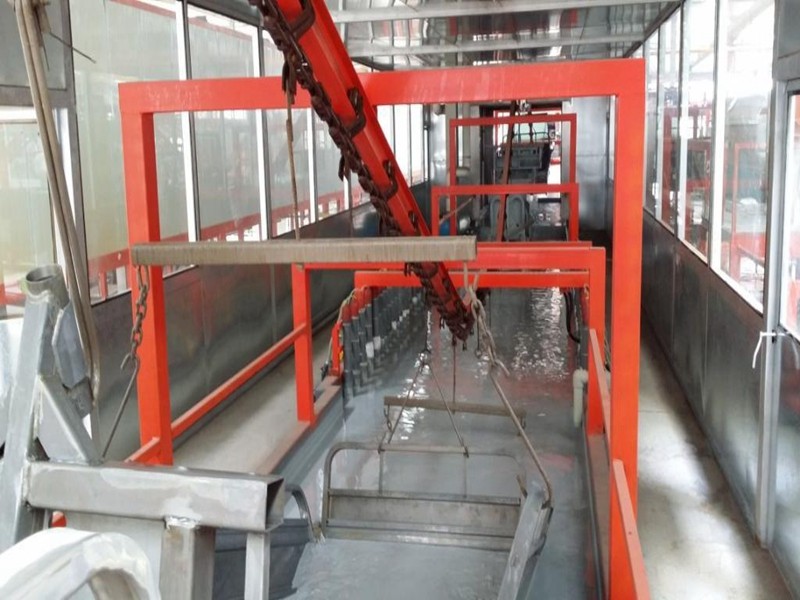 Electrophoresis, also known as electrophoresis, swimming paint, electrodeposition. Founded in the 1960s, Ford Motor Company was first used in automotive primers. Due to its excellent anti-corrosion and anti-rust functions, it has been widely used in the military industry. In recent years, it has been applied to the surface treatment of daily-use hardware. Due to its excellent quality and high environmental protection, it is gradually replacing traditional paint spraying.

Corrosion resistance, impact performance and permeability are significantly better than other coating processes.

(3) The coating film has uniform thickness, strong adhesion, good coating quality, and uniform and smooth paint film can be obtained in various parts of the workpiece such as inner layer, depression, weld seam, etc., and other coating methods are solved for complex shape workpieces. Painting problem

(5) The equipment is complex, the investment cost is high, the power consumption is large, the temperature required for drying and curing is high, the management of coating and painting is complicated, the construction conditions are strict, and wastewater treatment is required;

(6) Only water-soluble paints can be used. The color cannot be changed during the painting process, and the stability of the paint storage is not easy to control.

(7) Electrophoresis coating equipment is complex and has high technology content, which is suitable for fixed color production.

4. Isotachophoresis: The sample is spiked with leading ions (the mobility is larger than all separated ions) and the terminal ions (the mobility is smaller than all separated ions), the sample is added to the leading ion and the final Between the last ions, under the action of the external electric field, each ion moves, and after a period of electrophoresis, complete separation is achieved. The zones of the separated ions are sequentially arranged in the size of the mobility between the zone of the leading ion and the terminal ion. Since no suitable supporting electrolyte is used to carry the current, the resulting zones are interconnected (Fig. d), and the interface is clear due to the "self-correcting" effect, which is different from zone electrophoresis. 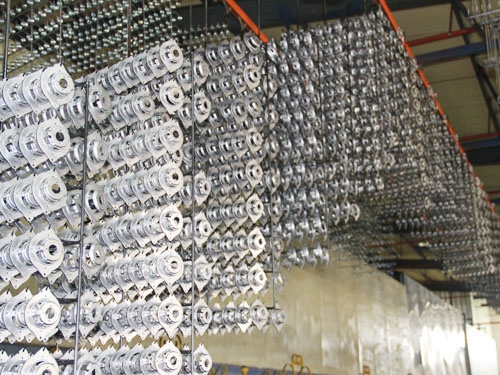 Biomacromolecules such as proteins, nucleic acids, polysaccharides, etc. mostly have cationic and anionic groups called zwitterions. Particles are often dispersed in solution, and their electrostatic charge depends on the H+ concentration of the medium or interaction with other macromolecules. In an electric field, charged particles migrate toward the cathode or anode, and the direction of migration depends on their charged symbols. This migration phenomenon is called electrophoresis.

If the colloidal solution of the biomacromolecule is placed in an undisturbed electric field, the driving force for the particle to have a constant migration rate is derived from the effective charge Q and the potential gradient E on the particle. They compete with the frictional resistance f of the medium. This counterbalance in the free solution obeys Stokes' law.

Here v is the moving speed of the particles having a radius r in the medium viscosity η. But in the gel, this counterbalance does not fully comply with Stokes' law. F depends on other factors in the medium, such as gel thickness, particle size, and even infiltration of the medium.

The electrophoretic mobility (mbility) m is defined as the migration distance d of the particles in time t under the influence of the potential gradient E.

The difference in mobility provides the basis for separating the material from the mixture, and the migration distance is proportional to the mobility.

According to the physical properties of the support, zone electrophoresis can be divided into:

(1) paper paper is a support for paper electrophoresis;

2. According to the form of the device of the support, the zone electrophoresis can be divided into:

3. According to the continuity of pH, zone electrophoresis can be divided into:

1. Polyacrylamide gel electrophoresis can be used to identify the purity of protein. Polyacrylamide gel electrophoresis has both charge effect and molecular sieve effect, which can separate substances with the same molecular size and different amounts of charge, and can also have the same band. Separate substances of quantitative charge and different molecular sizes. The resolution is much higher than the general chromatographic method and electrophoresis method, and the sample of 10-9~10-12g can be detected, and the repeatability is good, and there is no electroosmotic effect.

2. SDS polyacrylamide gel electrophoresis can determine the molecular weight of protein. The principle is that a large amount of charged SDS binds to the protein molecule to overcome the influence of the original charge of the protein molecule to obtain a constant charge / mass ratio. SDS polyacrylamide gel electrophoresis has been successful in measuring the molecular weight of proteins. This method has a short measurement time and high resolution. The required sample volume is very small (1~100μg), but it is only suitable for spherical or substantially spherical proteins. Some proteins are not easily combined with SDS such as papain, ribonuclease, etc., and the results are inaccurate.

4. Agar or agarose gel immunoelectrophoresis can be used to 1) check the purity of the protein preparation; 2) analyze the components of the protein mixture; 3) study whether the antiserum preparation has antibodies against a known antigen; 4) test Whether the two antigens are the same.