The distribution box is a circuit distribution box for all users. The distribution box is a switchgear, measuring instrument, protective appliance and auxiliary equipment assembled in a closed or semi-closed metal cabinet or screen according to the electrical wiring requirements to form a low-voltage power distribution device. During normal operation, the circuit can be switched on or off with the help of manual or automatic switches. In the event of malfunction or abnormal operation, the protection circuit is used to cut off the circuit or give an alarm. Various measuring parameters can be displayed by the measuring instrument, and some electrical parameters can be adjusted to indicate or signal the deviation from the normal working state. Commonly used in various hair, distribution and substations. 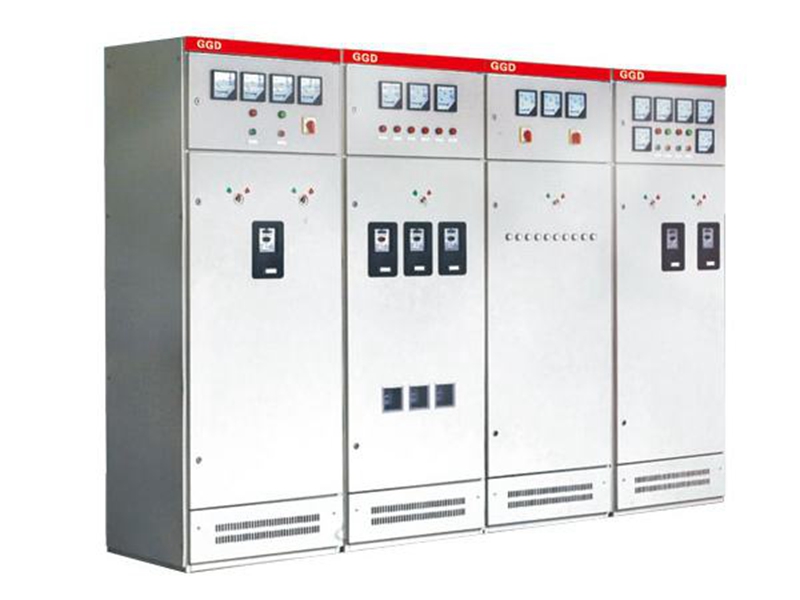 There are two types of commonly used distribution boxes: wooden and metal. Because metal protection boxes have a higher protection level, they are more often used in metal.

Classified by structural characteristics and uses:

(1) Fixed panel switch cabinet, often called switch board or power distribution screen. It is an open-type switchgear with a panel cover. It has a protective effect on the front, and can still touch the live parts on the back and sides. The protection level is low. Substation centralized power supply.

(2) Protective (ie closed) switchgear refers to a type of low-voltage switchgear that is closed on all sides except the installation surface. The electrical components such as the switch, protection, monitoring and control of this cabinet are installed in a closed enclosure made of steel or insulation material, and can be installed on or off the wall. There can be no isolation measures between each circuit in the cabinet, and a grounded metal plate or insulation plate can also be used for isolation. Usually the door is mechanically interlocked with the main switch operation. In addition, there is a protective table-type switchgear (that is, a console), and the panel is equipped with control, measurement, signal and other electrical appliances. Protective switchgear is mainly used as a power distribution device at the process site.

(4) Power and lighting distribution control box. Most are enclosed vertical installations. Due to different application occasions, the enclosure protection levels are also different. They are mainly used as power distribution devices on the production site of industrial and mining enterprises. 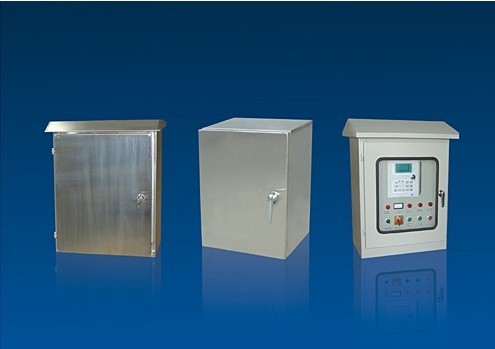 During the reconstruction of the rural power grid at that time, due to the large number of distribution boxes required and the short construction period, the distribution box factory needed to supply the low-voltage electrical appliances in a short time and with a large number, which resulted in a strict demand for product quality, resulting Some products failed shortly after being put into operation. For example, some models of AC contactors cannot run because the contactor closing coil is burned out shortly after the distribution box is put into operation.

1) For the distribution box with a distribution transformer capacity of 100kV · A and above, the temperature control relay (JU-3 or JU-4 ultra-small temperature relay) should be considered at the side wall of the cooling window inside the box. The axial fan is installed on the box on the left side above the control electrical board, so that when the temperature inside the box reaches a certain value (such as 40 ° C), the exhaust fan can be automatically started to forcibly discharge heat to dissipate the box.

3) Improve the wiring method of the low-voltage capacitor bank of the original distribution box, and change its installation position from the pile head on the AC contactor to be connected between the low-voltage incoming line of the distribution box and the meter. To prevent inaccurate metering by the metering device due to phase failure or capacitor damage due to capacitor circuits during operation. In addition, the capacitor selection model should be BSMJ series products to ensure reliable component quality and safe operation.

4) If a new distribution stand on the column is added, when making the distribution box shell, a 2 mm thick stainless steel plate can be selected, and the size of the distribution box is appropriately enlarged (JP4-100 / 3W used in agricultural reform projects Based on the model, the size of the original box width direction is increased by about 100 mm, that is, from 680 mm to 780 mm. The improved distribution box dimensions are: 1300 mm × 780 mm × 500 mm) in order to increase The electrical safety distance between the outlets of the shunts, the outlets and the casing of the box, which is conducive to the operation and maintenance of agricultural electricians and the replacement of fuses, and it can also dissipate heat.

5) Select energy-saving AC contactor (similar to CJ20SI type), and pay attention to the AC contactor coil voltage is connected to the corresponding terminal of the selected residual current protective device, and pay attention to correct load matching. When selecting an AC contactor, select a product with an insulation level of A or higher. The rated current of the main circuit contact must be greater than or equal to the load current of the line being controlled. The contactor's solenoid coil has a rated voltage of 380V or 220 V, and the coil is allowed to be used within the range of 80% to 105% of the rated voltage.

6) Selection of residual current action protector. Products that meet the GB 6829 "General Requirements for Residual Current Operated Protectors" and are qualified by the China Electrotechnical Product Certification Commission must be selected. Can choose similar to LJM (J) series of power-saving type, and is a low-sensitivity delay type protector. The method of the protector device shall conform to the national GB13955-2005 "Installation and Operation of Residual Current Action Protection Device". The breaking time of the leakage protector, when the leakage current is the rated leakage current, its action time should not be greater than 0.2s.

9) In order to analyze the reactive power of rural low-voltage power grids, install a DTS (X) series of active and reactive two-in-one multi-function energy meters (installed on the meter board side) in the box to replace the original Three single-phase watt-hour meters (DD862 series meters) installed to facilitate online monitoring of loads. 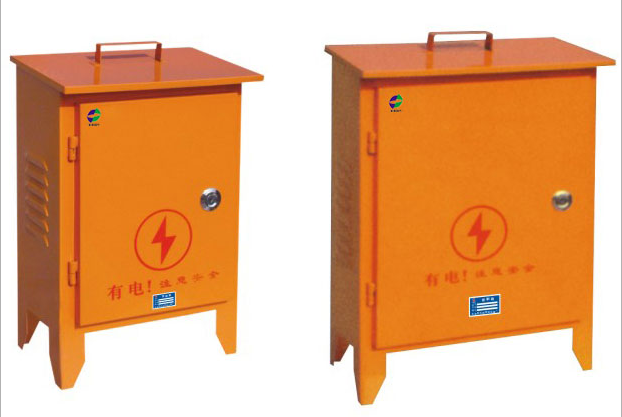 Yishang has 23 years experience in manufacturing all kinds of metal boxes and metal cabinets, including distribution box, control cabinet, network cabinet, server rack and so on. If you have project of distribution boxes, Yishang is the preferried supplier in China. Welcome to contact our email vivi@zsyishang.com if you need our help!