Chromium is a kind of micro-band blue silver-white metal. Modern technology research has found that its relative atomic mass is 51.99, density is 6.98~7.21g/cm3, melting point is 1875~1920°C, and standard electrode potential is Yush/c,-0.74. V, old "/c," -0.41V and P even e+/Cr shake -1.33V, metal chromium is easily passivated in the air, forming a very thin passivation film on the surface, thus showing the properties of precious metals.

The chrome layer has a high hardness, and the hardness can vary within a wide range of 400 to 1200 HV depending on the composition of the bath and the process conditions. The chrome-plated layer has good heat resistance. When it is heated below 500 °C, its gloss and hardness do not change significantly. When the temperature is higher than 500 °C, oxidative discoloration begins, and the hardness of more than 700 °C begins to decrease. The friction coefficient of the chrome layer is small, especially the dry friction coefficient, which is the lowest among all metals. Therefore, the chrome plating layer has good wear resistance.

The chrome plating layer has good chemical stability and does not function in alkali, sulfide, nitric acid and most organic acids, but is soluble in hydrochloric acid (such as hydrochloric acid) and hot sulfuric acid.

In the visible range, chromium has a reflectivity of about 65%, between silver (88%) and nickel (55%), and because chromium does not change color, it can maintain its reflective ability for a long time and is superior to silver and nickel. . 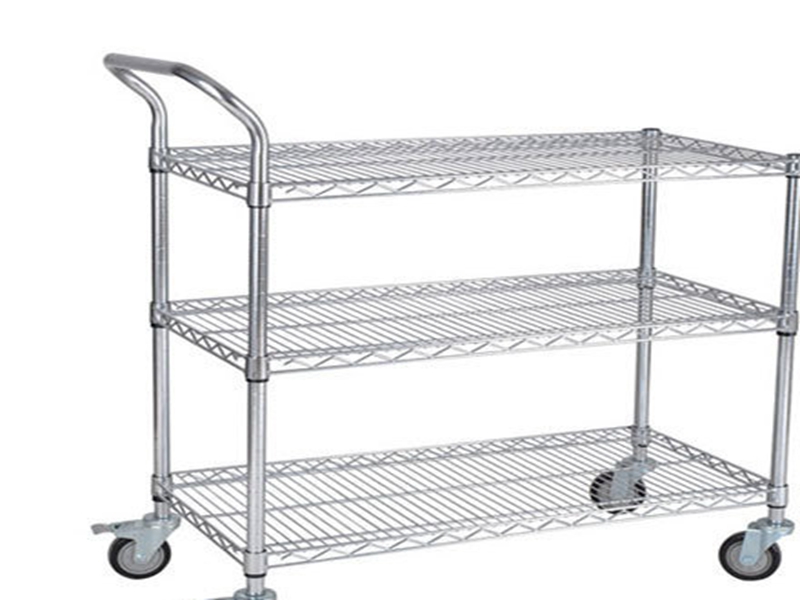 Due to its excellent properties, the chrome layer is widely used as an outer layer and a functional coating for protecting a decorative coating system, and has always played an important role in the electroplating industry. With the development of science and technology and people's increasing emphasis on environmental protection, microcracks and microporous chrome, black chrome, loose pore chrome, low concentration chrome plating, high efficiency hard chrome plating, and trivalent have been developed on the basis of traditional chrome plating. New processes such as chrome plating and rare earth chrome plating have further expanded the application range of chrome plating.

4. Fast chrome plating on the basis of ordinary chrome plating, adding boric acid and magnesium oxide, allowing the use of higher current density, thereby increasing the deposition speed, the resulting coating has a small internal stress and good adhesion to the substrate.

6. Normal temperature chrome plating bath consists of chromic anhydride and fluoride (NH4F or NaF), and a small amount of sulfuric acid can also be added. The bath has a low operating temperature (15~25°C) and a current density (8~12A/dm2), and the deposition rate is slow, which is suitable for thin layer plating. Its high current efficiency and dispersion ability can be used for rack plating and barrel plating.

9. Rare earth chrome plating solution adds a certain amount of rare earth elements and fluoride ions to the traditional chrome plating solution. The use of rare earth elements can reduce the concentration of chromic anhydride, broaden the plating temperature range (10~50 °C) and the cathode current density range (5~30A/dm2), reduce the groove pressure, and improve the brightness and hardness of the coating. The chrome production achieves low temperature, low energy consumption, low pollution and high efficiency, so-called "three low and one high" chrome plating process. However, there are still different views on the stability and reliability of the plating solution, especially the research on its mechanism remains to be further studied. 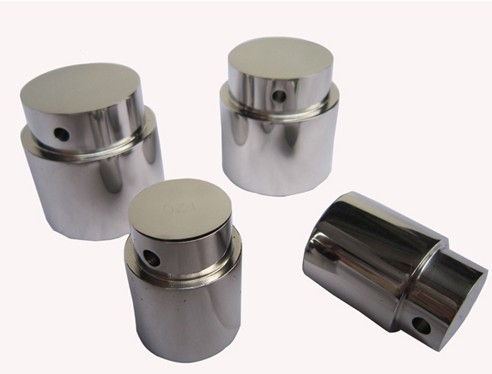 2. In the chrome plating solution, a certain amount of anions, such as SO42-, SiF62, F, etc., must be added to achieve the normal deposition of metallic chromium.

3. The chrome plating solution has a low dispersing ability. For complex shapes, a pictographic anode or an auxiliary cathode is required to obtain a uniform chrome plating layer. The requirements for the hangers are also strict.

4. Chrome plating requires a higher cathode current density, usually above 20A/dm2, which is more than 10 times higher than the general plating. Since the cathode and the anode deposit a large amount of gas, the resistance of the plating solution is large, the cell pressure is increased, and the plating power source is required to be high, and a power source larger than 12V is required, and other plating materials can be used with a power source of 8V or less.

5. Chrome-plated anodes do not use metallic chromium, but use insoluble anodes. Lead, lead-bismuth alloys and lead-tin alloys are commonly used. Chromium consumed in the bath due to deposition or other reasons is supplemented by the addition of chromic anhydride.

6. Chrome-plated operating temperature and cathode current density have a certain dependence, changing the relationship between the two can obtain different properties of chrome plating.

There are many types of chrome plating, which can be classified as follows according to their use.

For the purpose of protection, the outermost layer of the plating must be plated with a sufficiently thick intermediate layer on the zinc-based or steel substrate and then plated with a thin layer of chromium of 0.25-0.5 μm on the bright intermediate layer. Commonly used processes are Cu/Ni/Cr, Ni/Cu/Ni/Cr, Cu-Sn/Cr, and the like. After the surface of the polished product is chrome-plated, a silver-blue mirror gloss can be obtained. It does not change color in the atmosphere for a long time. This kind of coating is widely used in the protection and decoration of parts such as automobiles, bicycles, sewing machines, watches, instruments, and daily hardware. The polished decorative chrome layer provides high reflectivity to light and can be used as a mirror.

Plating microporous or microcracked chromium on multi-layer nickel is an important way to reduce the total thickness of the coating and obtain a high corrosion resistance protection system. It is also the development direction of modern electroplating process.

2. Hard chrome plating (wear-resistant chrome) The coating has high hardness and wear resistance, which can prolong the service life of the workpiece, such as cutting and drawing tools, pressing dies and molds of various materials, bearings, shafts, gauges, gears, etc. It can also be used to repair dimensional tolerances of worn parts. The thickness of hard chrome plating is generally 5~50μm, which can also be determined according to needs, and some are as high as 200~800μm. Hard chromium plating on steel parts does not require intermediate plating. For special corrosion resistance, different intermediate coatings are also available.

3. The white chrome-plated chrome layer is milky white, with low gloss, good toughness, low porosity, soft color, low hardness compared with hard chrome and decorative chrome, but high corrosion resistance, so it is often used in measuring tools and instrument panels. In order to improve the hardness, the surface of the milky white coating can be further coated with a layer of hard chrome, which is called double chrome plating, which has the characteristics of white chrome plating and hard chrome plating. It is mostly used for plating, which requires wear resistance and corrosion resistance. Components.

4. Plated hole chrome (porous chrome) is characterized by the use of chrome layer itself with fine cracks. After hard chrome plating, mechanical, chemical or electrochemical loose hole treatment is carried out to further deepen and widen the crack network. The surface of the chrome layer is covered with a wide groove, which not only has the characteristics of wear-resistant chrome, but also can effectively store the lubricating medium, prevent the lubrication from running, and improve the anti-friction and wear resistance of the workpiece surface. It is commonly used for the plating of the surface of a heavy-duty sliding friction member, such as the inner cylinder of a cylinder barrel of an internal combustion engine, a piston ring, and the like.

5. Black chrome black chrome plating black color with uniform gloss, good decorative, good matting; high hardness (130~350HV), wear resistance is 2~3 times higher than bright nickel at the same thickness; Corrosion is the same as ordinary chrome plating, mainly depending on the thickness of the intermediate layer. Good heat resistance, no discoloration below 300 °C. The black chrome layer can be directly plated on the surface of iron, copper, nickel and stainless steel. For the purpose of improving corrosion resistance and decoration, copper, nickel or copper-tin alloy can also be used as the bottom layer, and black chrome plating is applied on the surface. Black chrome plating is often used to protect the components and components of aviation instruments and optical instruments, solar absorbing panels and daily necessities. 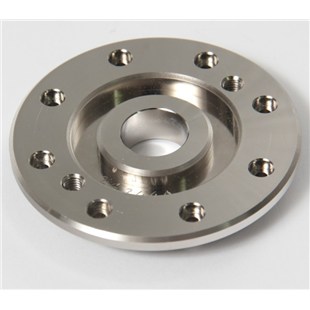